While I didn’t love drinking this soda, I enjoyed learning about kvass. If you don’t have the attention span to click that link and read up on Wikipedia I’ll give you the brief run down. Kvass is a somewhat ancient beverage made from one of the world’s most rare and prized ingredients. Just kidding, it’s made from bread crumbs. Seriously, rye bread crumbs. 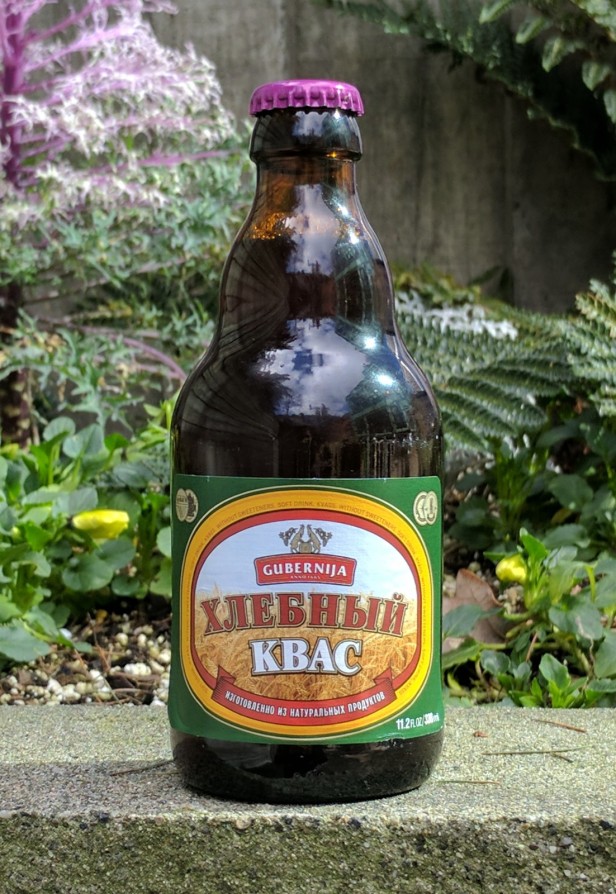 I found this bottle of Kvass (kbac) at a Polish Deli in Seattle (George’s Sausage and Delicatessen). The label is printed in Russian. The brewery is from Lithuania. Are you confused? I’m confused. I recruited a Russian speaking friend to translate the label for me and determined that this particular kvass is described as “breadly”. There are no preservatives (except for citric acid?), no sweeteners (but the label actually says that there’s sugar?), and really not a whole lot other than water and bread crumbs. 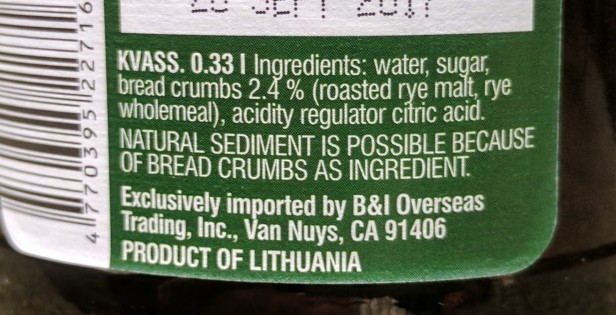 This is the kind of thing that people drink in order to prove to others that they lived through hard times. Uphill both ways in the snow kind of thing. I’d describe the smell of the beverage as “off”. Or maybe it’s just “off-putting”. It’s a very yeasty smell that I associate more with your jacket the day after someone spilled their beer on you at a Mariner’s game.

The taste is sour. And yeast. And then some more sour. It’s not sweet, and it’s not refreshing. I drank a fair amount of it because it wasn’t disgusting and it actually made my perogies taste better (probably by comparison). A coworker took a sip and told me that it tastes like extremely weak beer, so there’s that. I suppose it tastes pretty much how it sounds…soggy old slightly fermented rye bread. 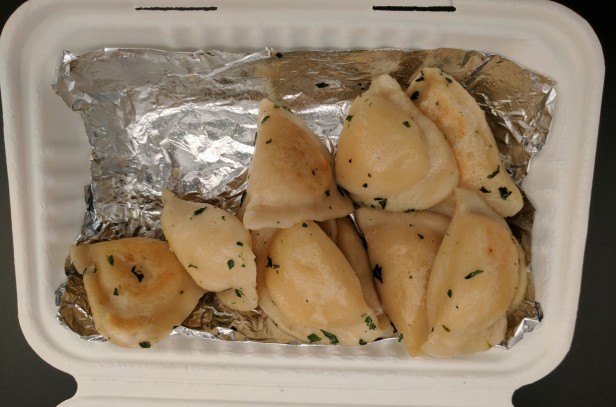 I’m not going to drink this again. Definitely not this brand, and possibly not this species of soda. In the off chance that I change my mind, click here to read more kvass reviews. I give this one a 3 out of 10 on my rating scale and don’t have a lot of hope for other brands. 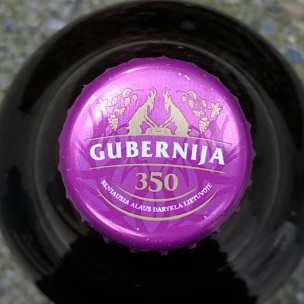 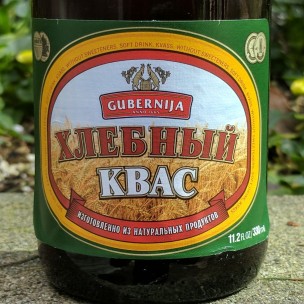 One more point of trivia, the brewery that makes this soda is actually one of the world’s oldest existing companies. Gubernija was founded back in 1665.

Catalog:
Sampled on March 16, 2017. Purchased from George’s Sausage and Delicatessen in Seattle for about $2.50.