Skillet was the original big-deal food truck in the Seattle area. I still remember visiting their converted airstream chrome-twinkie trailer for the first time outside a Mariners game 8  years ago. That might have been one of my first experiences with poutine. It was a disappointment. 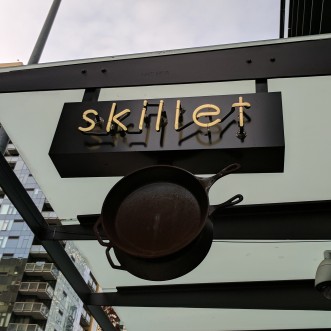 The fries I had eight years ago were the absolute last that they had available to serve for the night. I’ve since had a lot of great food from Skillet and it’s been fun watching them grow from an elegant and elevated burger focused food truck to a restaurant mini-empire in Seattle. Their bacon jam (spread) drove a lot of their reputation, but they continue to offer unique dishes with diner DNA. 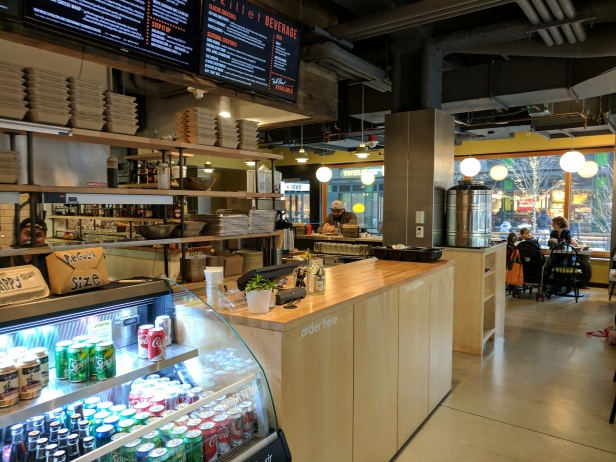 Located in South Lake Union, their newest location, Skillet Regrade pares popular Skillet items with some grab and go options aimed at the Amazon workforce lunch crowds. While Skillet still does serve a poutine, my eye was drawn to their Wilbur Fries.

Wilbur Fries are a basket of seasoned fries covered in root beer braised pork, thin-sliced fried onions, and a spicy mayo concoction called “slamm’n sauce”. There was a lot to like with this dish, but there were also several issues that could have been improved with a small amount of effort. 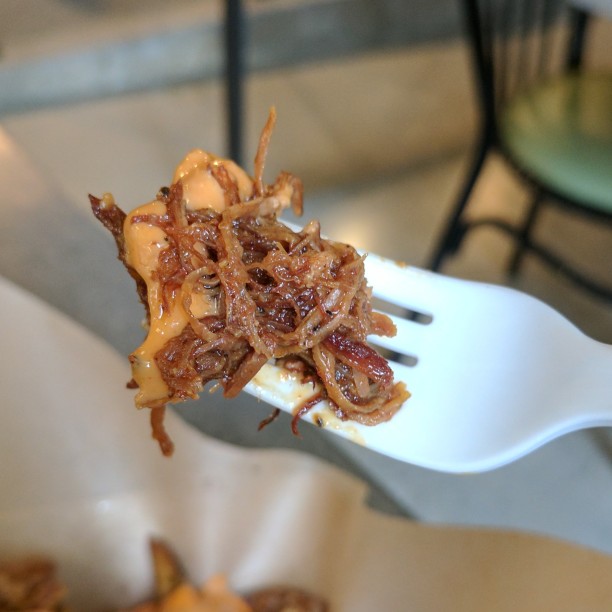 The root beer braised pork is tremendous. The root beer flavor isn’t obvious (partly due to them using Barq’s as the braising liquid), but it’s an herby sweetness that pairs well with the meat. I’m assuming that they use a small handful of other seasoning ingredients, but they work exceptionally well. Combine that with the slamm’n sauce and you have a sweet, spicy, tangy, and creamy cocktail of meaty goodness to make any bad day better. The fried onions add a bit of texture, but not a lot.

The question remains, are fries an appropriate delivery vehicle for the shredded pork? 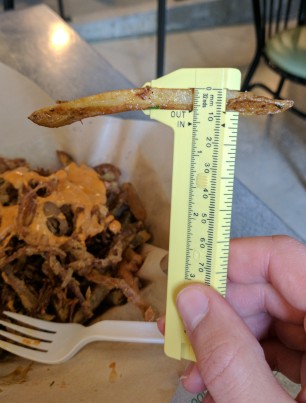 The answer is “maybe”, but I’m confident that these particular fries were 100% wrong. To be clear, I’m not even sure you can call these fries. They were so soft and mushy they could have been boiled for all I know. There was absolutely no crust, no distinguishable texture, and no resistance to the cooking oil. What I found was a large heap of dill seasoned 8mm thick soggy potato strips. I expected a lot more. The pork was super juicy which could have contributed to the problem, but these seemed to suffer more from poor frying technique. 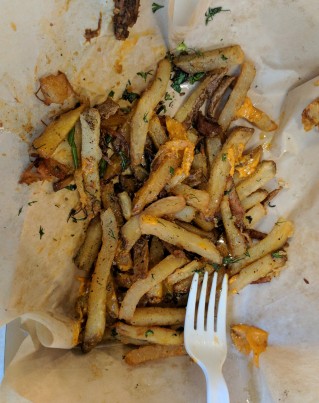 Another issue might be better attributed to my Caucasian squeamishness. The photo above on the left was one of two large hunks of connective tissue I removed from my pork. I understand that fat and gristle are edible. However, no amount of logic has been able to get me over the gag reflex of chewing through that nonsense.

The photo above on the right is what I had leftover. As you can see, I enjoyed the pork. I eventually abandoned the fries in favor of the more interesting source of calories. Yes, the dish itself is good, but with the soggy fries and gristle I can’t offer more than a 7 out of 10. According to my rating scale that’s still pretty good, and at $10 it’s not a bad value in SLU.