I know almost nothing about Empire Soda other than the fact that they’re based out of Rhode Island, they make soda, and they don’t have a website. I tried to call them recently but only made it as far as a voicemail. I’ll follow up later if I get some more details.

Spruce Beer is a new thing for me and I assumed it would fall into the flavor family of Birch Beer or Root Beer. I was wrong. This turned out to be one of the most unique tree flavored beverages I’ve ever had. 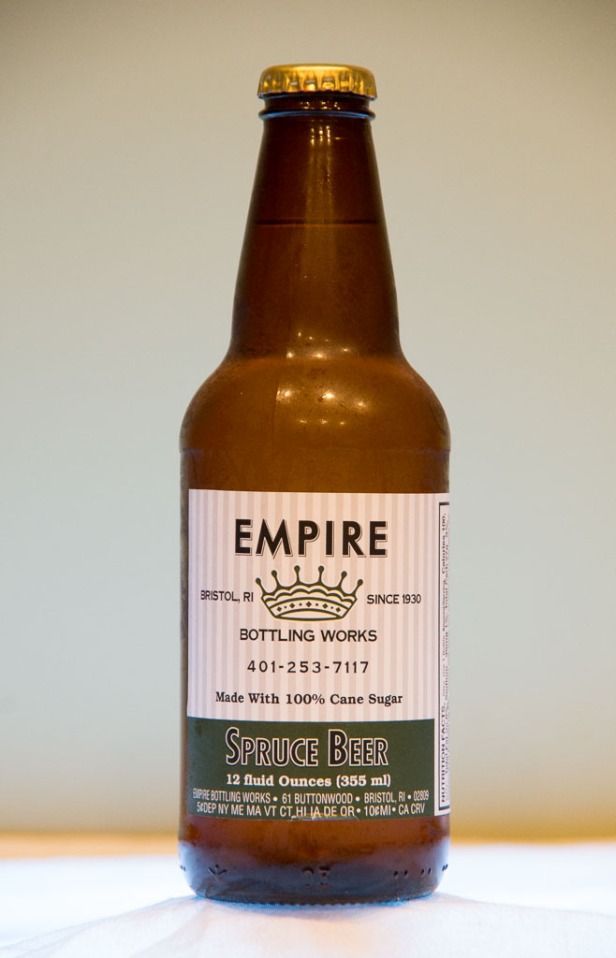 It’s a very sharp and defined flavor. It’s spruce, and nothing but spruce. It tastes like you’re sucking on a Christmas tree, or licking the floor of a lumber yard. It puts you on an olfactory tour of the deep woods and stings your throat with liquid pine needles. It was intense and aggressive. While I enjoyed the beverage I believe that the flavor would be incredibly polarizing. You’ll either enjoy the aromatic bite or you’ll think that you swallowed wood polish.

For me this isn’t a beverage I could drink casually. Or regularly. However, it was wonderfully executed and evoked an emotional response. The flavor isn’t bad, but it’s more of an experience than a thirst quencher. Almost like you swallowed an air freshener. Or Vicks VapoRub.

It made me feel manly. Like a lumberjack. My friend Andrew absolutely loves the stuff. He finds it invigorating. I was okay with it. I’m willing to give it a 7 out of 10 on my rating scale, but I wouldn’t be shocked if others gave it a 3.

Some day when I find more flavors of Empire Soda you’ll be able to find my reviews by clicking here.

Catalog:
Sampled on 2/3/2017, the bottle was gifted by Andrew who obtained it through a backalley deal