Saranac Brewery out of upstate New York makes a lot of beer. They’ve been making it for a long time. They’ve been brewing since the late 1800’s and have kept the operation within their family since that ambitious start. During prohibition they, like many others, had to transition from beer to soft drinks. Fortunately, the sodas were good and they survived! 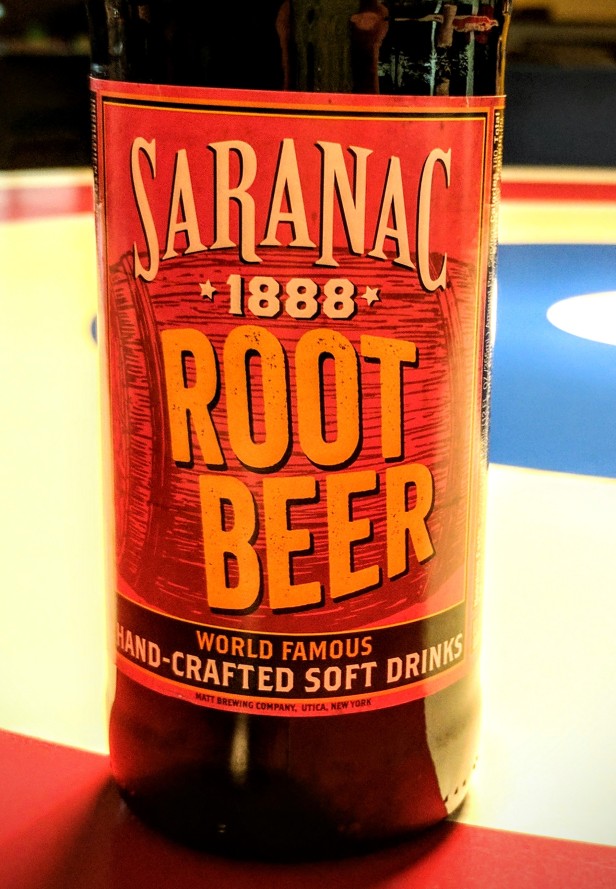 I have no clue where I got this root beer. Was it Rocket Fizz? Possibly. There are times when the soda situation in my garage seems more like a tribble problem than a collection of consumable products. So, I either bought this root beer, someone gave it to me, or it magically appeared. I’m willing to bet that it cost me less than $2 if I paid for it.

Saranac is a classic root beer that will taste very familiar to a lot of people. This is the traditional A&W style brew that goes well with pizza, burgers, and whatever other greasy meal you can imagine. I found the flavor to be a nicely balanced blend of sassafras and vanilla. Saranac’s website leads you to expect strong notes of licorice and vanilla, but I thought the flavors were actually pretty reserved. It wasn’t what I’d call weak, but it doesn’t have the ferocity of other craft root beers. That’s okay. The root beer has won several awards over the years, including a silver medal finish in 2016’s U.S. Open Beer Championship. (side note, the gold medal finish went to Sprecher who I reviewed here) 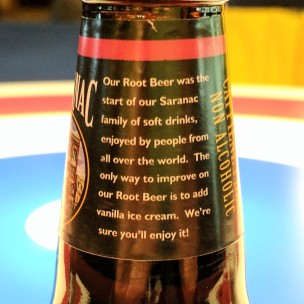 Something interesting about this brew is that the flavor didn’t seem to linger for long. It wasn’t as fleeting as most of your big name brands, but most of the craft sodas I sample have more of a lasting presence on the palate. Or maybe it’s just a thicker feel in your mouth. Part of the reason for this difference might be Saranac’s use of high fructose corn syrup. That’s almost unheard of in the soda circles I spend time in but I don’t consider it completely damning. I believe this might have more to do with the company being a bit older, a bit bigger, and not wanting to deviate from the familiar taste that they’ve created. Or, maybe it’s a conspiracy to poison us with Big Agriculture waste products.

I enjoyed it enough to give it a 7.2 out of 10 on my rating scale. That’s nothing to sneeze at, but I certainly didn’t love it as much as the U.S. Open Beer judges.