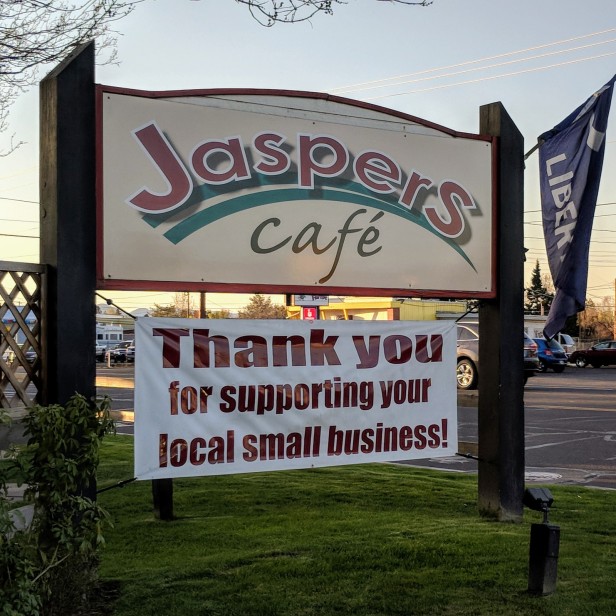 My family and I took a last minute road trip from Seattle to Medford, Oregon. It was a multi-purposed trip that included visiting my grandparents, checking out Crater Lake, spending a couple nights with some good friends, and researching Southern Oregon french fries and sodas. I wasn’t disappointed on any of those points. 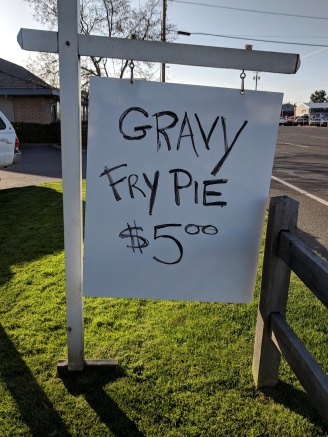 When I searched for the best french fries in Medford I kept coming across Jaspers Cafe. However, when I pushed further I discovered that the fries are possibly the least of what put Jaspers on the map. If you have in satiable craving for camel meat, this is your place. If camel is a little too extreme for you you can check out the kangaroo. Or venison. Or bison. Or, you could settle for the local beef. Regardless of your choice of meat their creative burger concepts make this a great option for a unique meal.

I didn’t mean to imply that the fries at Jasper’s aren’t interesting. They’re actually some of the most original fries I’ve had in quite a while. They tout a “sidewinder” style of french fry that coats a wide cut curly wedge with a light beer batter. The result is a crispy auger-like fry more than capable of standing up to some cheese and sauce. I put that theory to the test with their Gravy Fry Pie. 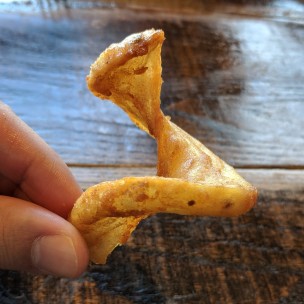 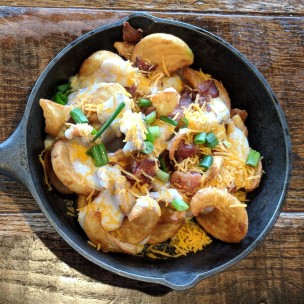 That’s a term I had never heard before. A Gravy Fry Pie is a poutine variant with a creamy breakfast gravy, bacon, shredded cheddar cheese, and green onions. That’s per Jaspers Cafe, and they’re the ruling authority on the subject. I think they’re the only ones using the term. To be honest, I’m not sure how this could ever be classified as a pie, but I’m willing to give the benefit of the doubt because the fries are awesome. 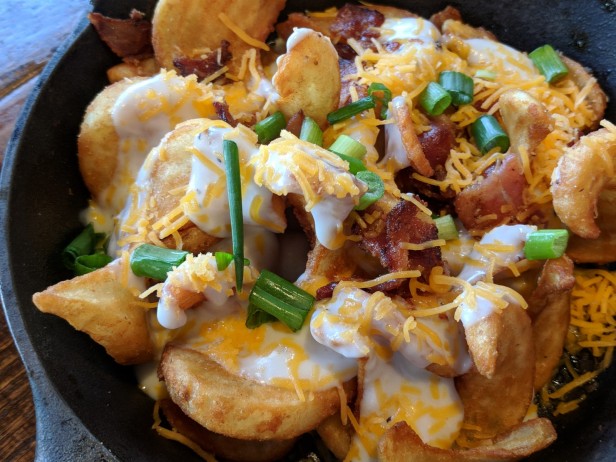 Jasper’s executes these fries at a high level. There’s a perfect ratio of fluffy interior to crispy crust. The beer batter enhances the texture without dominating the fry, and the wide curl provides a lot of surface area to catch the gravy and cheese. I wasn’t wild about the gravy, but I’m also a total gravy snob. It was more creamy than anything else. The cheddar cheese was fine, and I think that a fine shred was probably the right call for this style of fry. No comment regarding the bacon and onions. The sum of the parts combined for an 8.5 out of 10 on my rating scale. 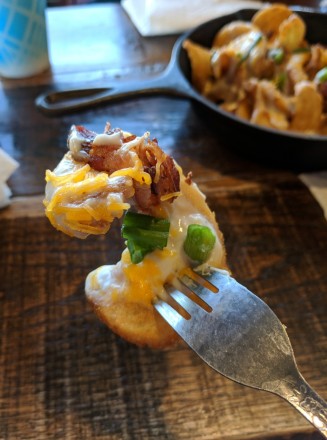 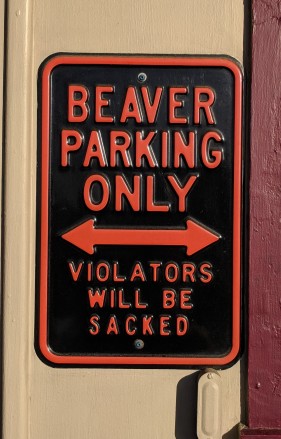 I also tried their tumbleweeds. These hashbrown fritters were also super tasty but they’re far enough away from being fries that I’m not going to formally review them. I will say that the combination of hashbrowns, corn, bacon, jalapeno and cheese had the guilty pleasure flavor profile perfected. I loved the dipping sauce. If I remember correctly it had Mexican crema, cotija cheese, and hot sauce. The only issue I had was that without individual appetizer plates they were really hard to share. We hadn’t received any plates yet so I bravely attempted to shove an entire fritter in my mouth. I failed spectacularly, but when you commit to something you should see it through. Even if you disgust the other 6 people at your table with your horrible etiquette. 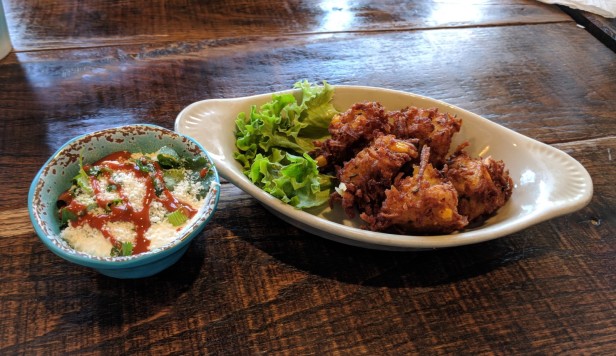 I really enjoyed Jaspers. The weird meats were fine, but the burgers themselves are delicious. You don’t need branch out if you’re not comfortable. If you come, you should definitely get yourself some sidewinder fries. I tried the Gravy Fry Pie, but they also have an appetizer involving the same fries, a poblano pepper, a southwest sauce, and…bacon. There’s always bacon. I could only eat so many fries. 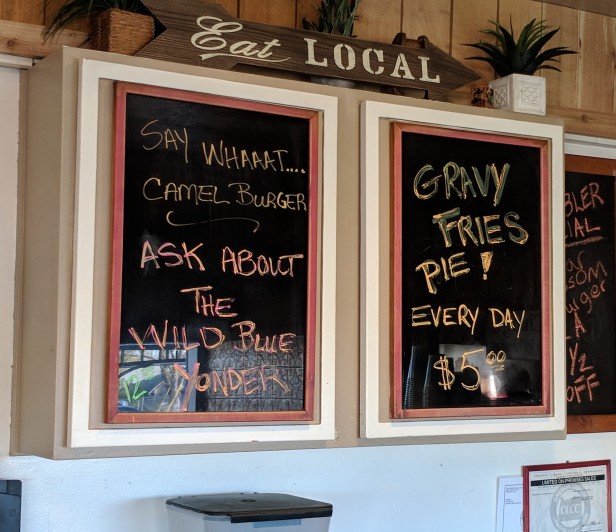