I already reviewed the root beer from Caldera Soda Works (click here) and was impressed by their low calorie but deep flavor approach. Like I described in that post, Caldera Soda Works is the soda arm of Caldera Brewing based out of Ashland, Oregon. Back in 2005 Caldera became the first craft brewery on the west coast to can its own beers. Caldera uses mountain water (the water in the PNW does taste amazing), cane sugar, and other high quality ingredients to make their sodas. I wasn’t actually able to continue down to Ashland (about 30 minutes from Medford), but I tracked down some cans at the Medford Food Co-op. 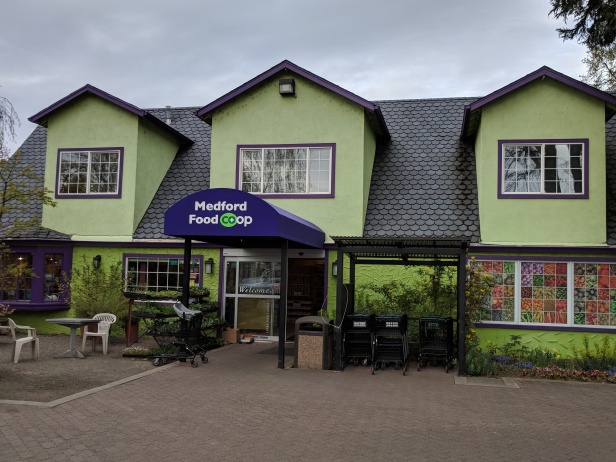 Their take on a lemon lime one of only a few sodas I’ve ever had brave enough to use hops as an ingredient. This is usually a red flag for me. I experimented with hops while attempting to make my own root beer and it was disastrous. It always ended up  tasting kind of skunky. Caldera not only made it work, but they produced one of the best lemon lime sodas I’ve ever had. 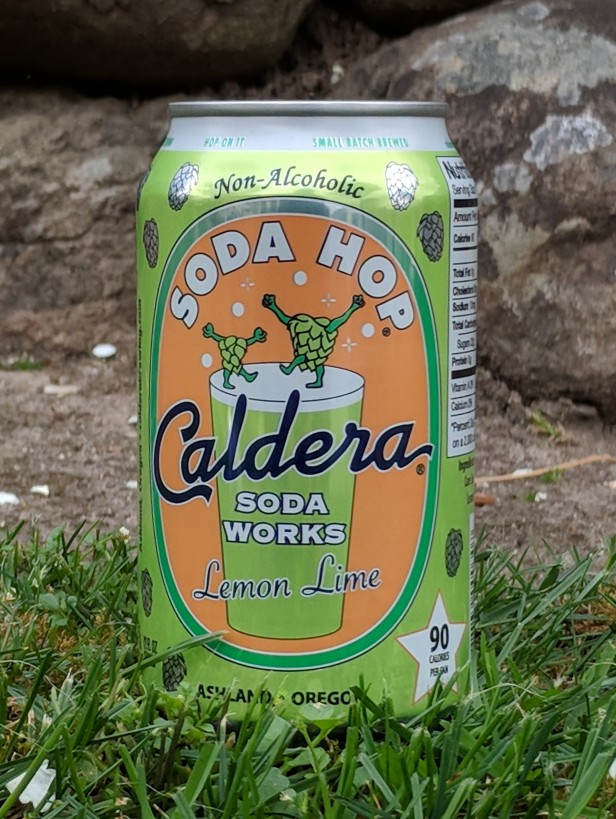 Once again, this is a low-calorie soda (90 calories). It’s just sweet enough. The brightness of the lemon and lime juices come through first, but what lingers with you is the slightly floral dry bite. The hops are subtle and give it almost a lemongrass flavor, but maybe just a bit more earthy? It’s very refreshing. Since the sugar content is low it doesn’t really coat your mouth and feels very light and refreshing. Did I mention the clever use of “hop” instead of “pop” in the name? Lemon Lime Soda Hop is a pretty cute idea.

This is a great soda. It’s not a bold flavor, but it’s interesting and layered. This is a solid 8 out of 10  on my rating scale and I wouldn’t mind slowing nursing a can of this while relaxing on my patio. Next time I’m in Medford/Ashland I’ll definitely stop by the brewery for a visit. 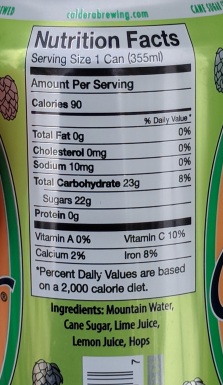 p.s. I also tried Caldera’s ginger ale. I didn’t really care for it, so I’m going to pass on a review.