As I’ve mentioned before, Waialua Soda Works is based out of Oahu (Hawaii) and makes a few varieties of tropical fruit sodas as well as a root beer and a vanilla cream. I’m currently in the process of finishing reviews of their entire line of sodas, all of which you’ll be able to find by clicking on this link. While they’re a Hawaiian company, they have distribution across the US. Maybe beyond, I don’t know. I’ve seen bottles at high-end grocery stores as well as Rocket Fizz locations.

I’ve been a little hard on Waialua Soda Works in some of my reviews. Part of that is the nature of my rating scale, and part of that is the sodas have been good, but not as interesting as some of the others that I’ve tried. Vanilla Cream is a simple flavor, so it has to be executed extremely well to stand out from the pack. 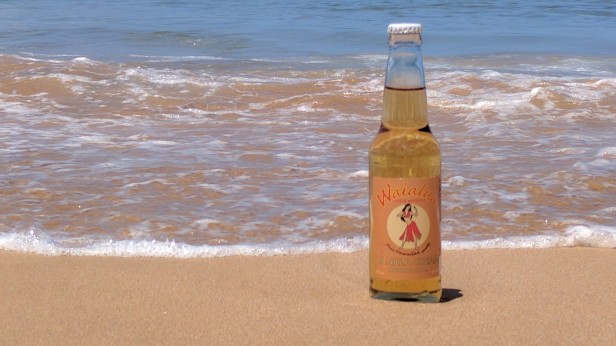 Waialua did well with this one. Whereas some beverage lines throw in a cream soda as an after-thought, Waialua made something special with Maui white cane sugar, Hawaiian vanilla, and Hawaiian honey. The vanilla has a strong presence that’s mellowed by the caramel cane sugar and warm honey notes. It feels thick, which almost gives it a syrup feeling. That’s my one reservation with this flavor. If they could maintain the same balance of flavor with a lighter texture I’d like it a bit more.

As it stands, I’m happy to give this a 7 out of 10. I’ve had better vanilla cream’s, but this was above average. To see other reviews of Hawaiian products, click here.