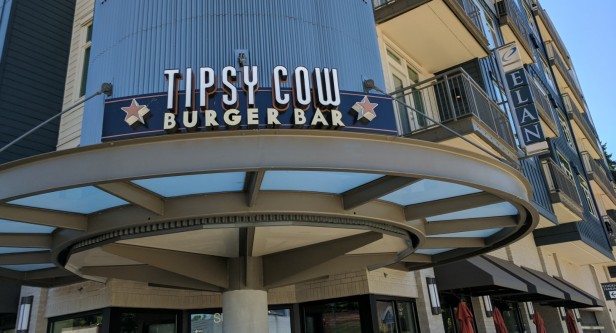 My family took advantage of what was supposed to be a mild weather day and biked from the top of Lake Washington (Bothell) to the top of Lake Sammamish (Redmond). The Sammamish River Trail provides a flat smooth path for the 9 mile ride, so it’s a doable task for our family of four. The wife and I each man a bike with one of us hauling a Trail-A-Bike and the other hauling a trailer. These journeys are greatly aided by the promise of a treat at the end of the road. The Tipsy Cow is both delicious and conveniently located right off the trail. Perfect!

By the time I had pumped up all the tires, installed the bike rack, loaded all the gear, and collected the kids it was already lunchtime. The kids ate sandwiches in the car but I was holding out for a burger and fries. My expectations were pretty high by the end of our hour long ride.

The Tipsy Cow serves killer burgers, a variety of fries, and creamy milkshakes. I had a bit of each. Their version of poutine is among the best I’ve had recently. They use a variety of potato I was unfamiliar with. From what I’ve gathered, the Challenger Gold potato is a product of the Northwest, has a slightly sweet taste, and a yellow tint. The fries were cut to 9mm (somewhat thick) and had a great crust. The interior of the fries were light and buttery. Surprisingly, they maintained most of their texture even after the inundation of gravy and cheese. They were great. 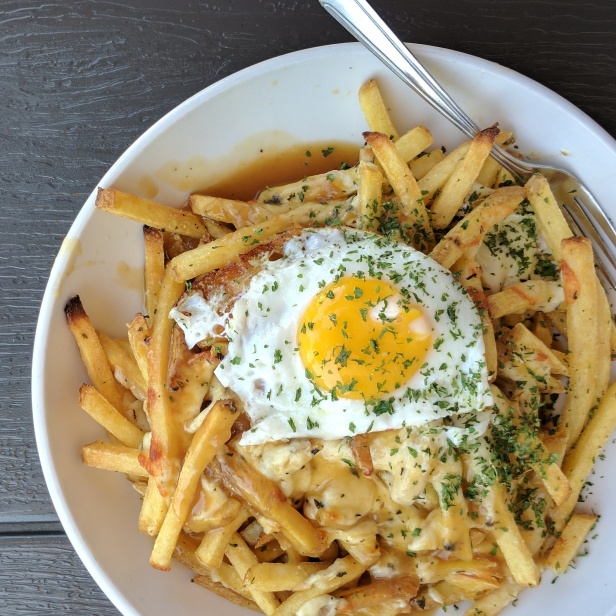 The other components of their poutine also worked well. The gravy was veal based, but had the lightness of a poultry gravy with a nice lemony brightness and hints of rosemary and pepper. It was salty, but not excessively so. It paired well with the gooey cheese curds generously layered over the fries. While I enjoy my curds about half melted, these were melted through. That wasn’t a problem, they were delicious and well distributed. Sometimes if the cheese melts too much it sticks in one giant clump but that wasn’t the case here. The fried egg added a nice touch of heartiness to the dish, and the chopped parsley added color and freshness. 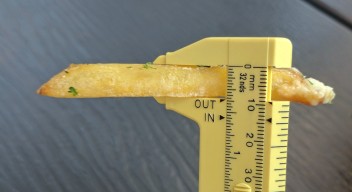 While it doesn’t fit the criteria for my blog, I wanted to mention a non-alcoholic drink they offer. It’s a fresh strawberry lemonade with balsamic syrup and rosemary. It was killer! The rosemary and balsamic flavors added some sophistication and nuance to the lemonade. I found it incredibly refreshing.

Speaking of refreshing, the 9 mile bike ride back to the car was not. The mild weather turned out to be closer to mid 80’s (not horrible, but I’m a wuss), and I also made the mistake of finishing both of my children’s milkshakes before hopping on the bike. Yikes.