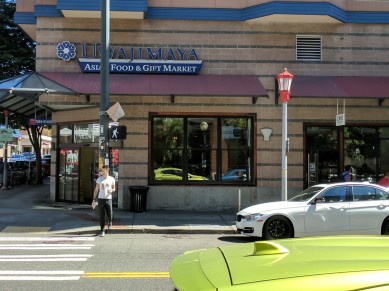 The work load in my day job has slowed down my reviews a bit, but I’m still out there looking for new dishes to spotlight. Cheese Meats Bread showed up on my radar recently for a couple of reasons. First, it’s a concept from Chef Kevin Jung (8oz Burger & Co); second, the focus is gourmet grilled cheese; third, it’s located in Uwajimaya. That’s not too far to go for lunch and gives me an excuse to shop at an incredible grocery store.

This was my second visit to CMB, but my first time trying the tots. When I first visited I didn’t know that they had tots so I focused on trying their Seoul grilled cheese (kimchi, pork belly, fried egg, and gochuyang aioli on brioche). It was ridiculously good, but I failed to take a picture. It took me another week to come back, but I cleared my schedule for a lunch and prepared myself for the Mexi Tots. 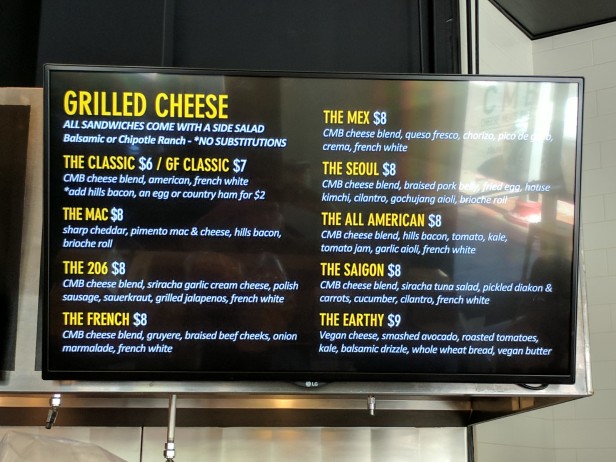 I’d say that the tots met expectations, but I had somewhat high expectations so that’s not bad at all. The tots themselves were nothing remarkable, although they were fried perfectly crisp. However, the toppings were well chosen and all contributed to a satisfying side converted to a meal.

There’s a danger of adding salt on top of salt on top of salt. Tater tots need salt on their own. Chorizo is also salty. However, the generous application of Mexican crema and pimento cheese sauce, and pico de gallo helped balance the savory nature of the dish with a hearty creaminess. I should have paid the additional $2 and added on a fried egg (I love eggs on my fry dishes), but I was still happy with the dish. Chorizo and tots is a great call. It adds a little bit of heat, and the pimento cheese sauce was the ultimate defining factor. It was tangy and rich and an interesting choice by the chef. I think others would have settled for a generic nacho cheese.

For $9 you get a solid block of food. CMB serves their sandwiches and tots in cardboard lunchboxes, and the tots fill the entire container. They’re not the most photogenic, so you won’t impress your friends with the looks. However, if you’re craving tots and are willing to embrace chorizo and pimento cheese sauce then this will satisfy that for you. I wouldn’t say that the dish blew me away, but it’s something that I would happily eat again; but not before trying more of their grilled cheese sandwiches. Those are the darlings of CMB. I’d say that puts the Mexi Tots in the 7.5 out of 10 range on my rating scale. 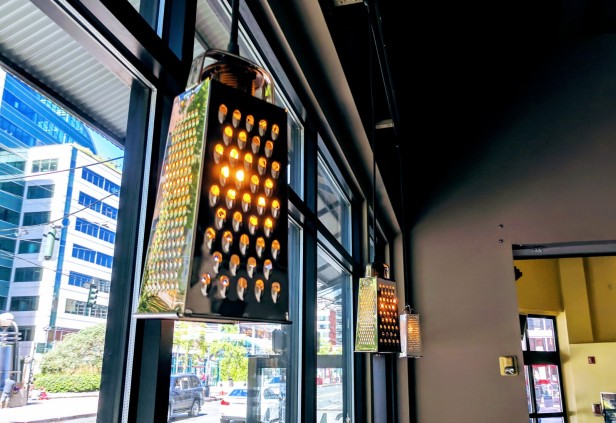 My recommendation? Stop by CMB on your way to Sounders or Seahawks game. Especially when it gets cold outside. Since the food comes in a box it’s really portable and should hold up long enough for you to eat it in the stadium. Or, just stop by for lunch. Or, get it delivered through one of the local delivery services. It’s worth your time. 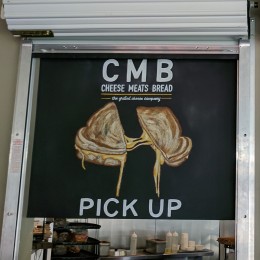