I reviewed this root beer initially back in 2013 and was pretty fond of it. Here’s my original review:

This one’s an Australian root beer with a nice balance of spice and vanilla.Did you check out the bottle?? It’s rad. It’s strange to see a foreign version of root beer considering that everyone from outside the US seems to hate the stuff.

Like I said, you definitely taste the vanilla, but there’s a slow burn of cinnamon, or nutmeg, or something that gives it some depth.

My feelings have changed a bit, but overall I think it’s a quality brew. This time around I did not taste the nutmeg or cinnamon flavors that I focused on before. What stood out to me was the rich earthy body and the sharp molasses finish. The more root beers I drink that are molasses dominant the more I think that it’s one my least preferred flavor profiles.

Here’s my issues with molasses. It starts out feeling malty and “full” in your mouth, but the longer it stays on your tongue the more bitter it becomes. There’s an almost metallic quality to it that I find unpleasant. It’s possible to balance this with other flavors, but I feel there are better ways to achieve a similar richness in a root beer. Also, I noticed that Bundaberg add yeast to their root beer. Is it Vegemite inspired??

The bottle is still very cool, and if you open it just right it POPS really loud. Even so, I give it a 7 out of 10 on my rating scale. It’s a unique root beer, and some people will love it. I’d like more of the vanilla and licorice. I smelled those ingredients more than I tasted them this time around. 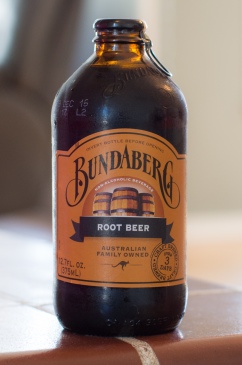 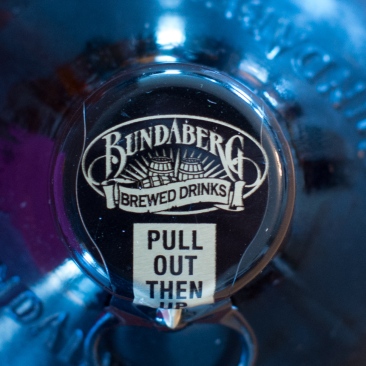 Update 5/13/15 – I tried this again and was less impressed. Maybe it had gone flat, or was just old, but it was pretty uninspiring. I might have to drop it down to a 7/10, but maybe even lower.