While dining at a gourmet pizza restaurant on Capitol Hill in Seattle I came across a brand of ginger beer I hadn’t seen before. Fever-Tree is a company based out of London that got it’s start about 10 years ago creating a premium tonic water for use in mixed drinks. Fever Tree is the common name for Vachellia xanthophloea, a tree native to parts of Africa of which quinine is derived. It’s a catchy name, and it proved to be prophetic for my evening. More on that later. 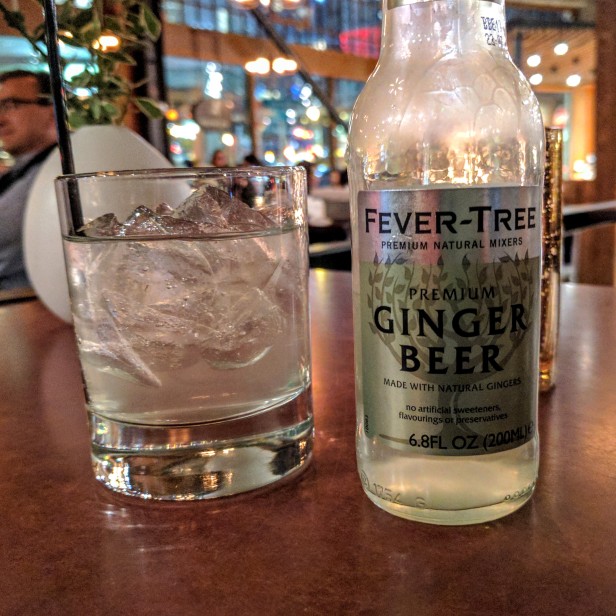 This is an ultra premium ginger beer. Given the size of the bottle I have to assume that this was intended for a single-use mixed beverage, probably not an on-its-own drink. Regardless, Serious Pie had it on their beverage menu as an option, and at $4 for 6.8 ounces it’s one of the most expensive drinks I’ve reviewed on the blog.

Fortunately, the flavor in this ginger beer matches the premium marketing, if not the price. The use a blend of three different gingers sourced from Nigeria, Cochin, and Ivory Coast for a spicy and layered experience on the palate. I had never considered locational sourcing of ginger as an ingredient, nor how different varieties would impact the taste. The flavors are bright and crisp, and the dull ache of ginger on your tonsils stays with you even after small sips. This ginger beer is assertive but not over-saturated. 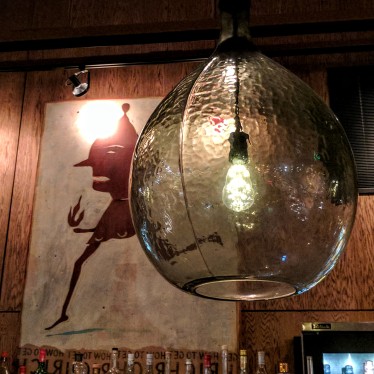 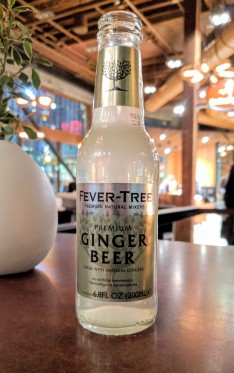 If anything could be improved, I’d say it’s more with the restaurant than the drink. They should have provided a larger bottle (there are other sizes available for sale) and they should serve it with a slice of fresh lime. There’s some acidity in the beverage as it is, but a squeeze of fresh lime brings out some of the subtleties brewed into the beverage. This is a solid 8 out of 10 for me, I’d be happy to drink it again.

Bonus material: Logically I know that they don’t call their brand Fever-Tree because it causes fevers. However, less than hour after consuming this ginger beer I found myself in the in a crowded theatre watching a traveling production of The King and I while a genuine fever ravaged my body. It seemingly came out of nowhere. For the duration of the 3 hour performance I alternated between periods of extreme cold and shaking to unquenchable fire and sweating. It turns out I had come down with pneumonia (diagnosed the next day). I had been sick the week before, felt better for a couple days, and then this secondary infection kicked in like a deranged donkey. It’s been a couple of days since the diagnosis and I’m taking antibiotics while resting at home, but there might not be any new reviews for a little bit while I recover my strength.

To see how this rating compares to my rating scales, click here.

To see reviews of other ginger beers, click here.