What’s the difference between a cola and a kola? Probably years of conditioning via aggressive global marketing. There really is something called a kola nut and at one point in time it was a key ingredient to the predecessor of the world’s most popular beverage. Q Drinks does a great job describing the history of the modern cola on their website. They also do a great job making an interesting kola drink.

Much like their other products, the Q Kola packs a lot of flavor into a slightly dry sophisticated soda. The splash of agave nectar they use as the sweetener leads to the dramatically fewer calories than traditional colas. The cutesie 9 ounce bottle also helps reduce your caloric intake.

The flavors in this kola are deep, but not aggressive. I found the combination of kola nut, cinnamon, cloves, coriander, lemon, lime, orange, and nutmeg to be earthy and layered, but there was also some restraint to the prominence of the spices. They blend together into a sort of lightly sweetened sparkling tea. It’ll remind you of a cola, but it’s its own thing. I believe the high level of carbonation in the drink help carry these flavors around the palate for an overall enjoyable soda.

I enjoyed the kola quite a bit, but I appreciate the concept even more. A unique and drinkable cola is hard to pull off; possibly even harder than a root beer. Q Drinks did it and should be recognized for the effort. It’s not my favorite drink in the world, but I’ve had a lot of sodas. For me, it’s a 7.5 out of 10 on the rating scale. 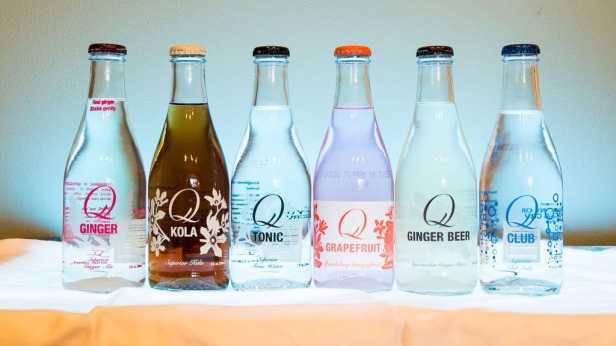 Catalog:
Sampled in February 2017. The product was provided complimentary from Q Drinks in exchange for an honest review. Click here to see my reviews of their other sodas.