I could have combined this review with my post about Ellis Island’s root beer, but I was afraid that my praise of the beverage would somehow give the impression that the fries were good. They weren’t. Not at all, actually. These are some of the worst fries that I’ve ever had during the life of this blog and possibly even the duration of my life as a human on this earth. 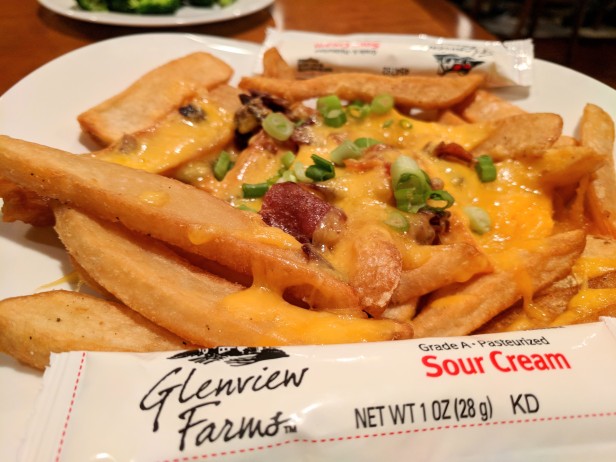 If you want to hear nice things about Ellis Island Brewery, click here. Their root beer was good, and it’s a cool place to visit just off the strip. However, when you serve me a plate of soggy, unseasoned, greasy, cheese-hardened steak fries with two unopened tubes of sour cream on top I’m going to tear you apart on my blog. Readers, please note that I did not try any other food in the restaurant and I don’t doubt that you’d enjoy other menu items. The loaded fries are horrible, though. 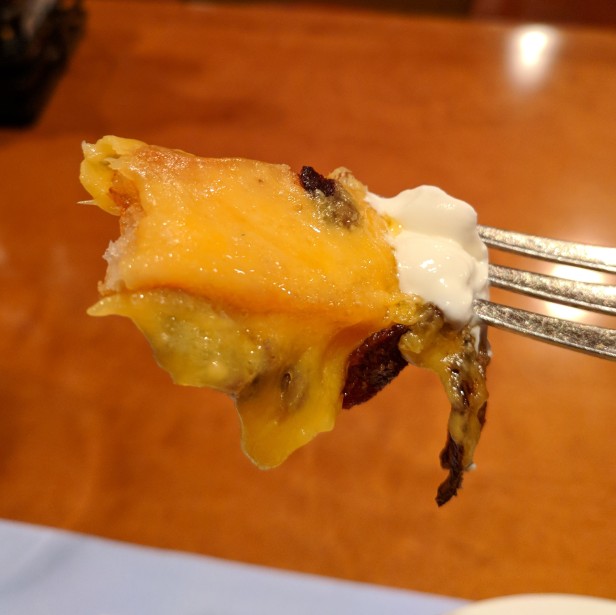 At almost 20mm wide and 9mm thick they needed to be fried at a high temp for a good amount of time. As is, these were mushy and had absolutely no crust whatsoever. To their credit, the shredded cheddar they placed on top was melted, but I suspect that the dish sat underneath a heat lamp until that happened. The cheese and fries blended into a luke warm chimera of greasy starch. 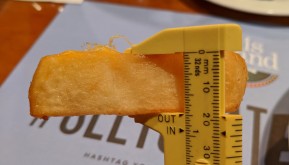 I have no complaints about the bacon, or the green onions. How could I? However, the coup de gras of this dish was the sour cream. I’ve had sour cream served on the side before, and I get it. You don’t want something cold and wet to ruin your otherwise warm and crispy dish. Something tells me that that wasn’t on the top of the line cook’s list of concerns. No, instead of serving the sour cream over the fries, or even in a small ramekin they delicately placed two plastic tubes of sour cream on the plate…as a garnish? 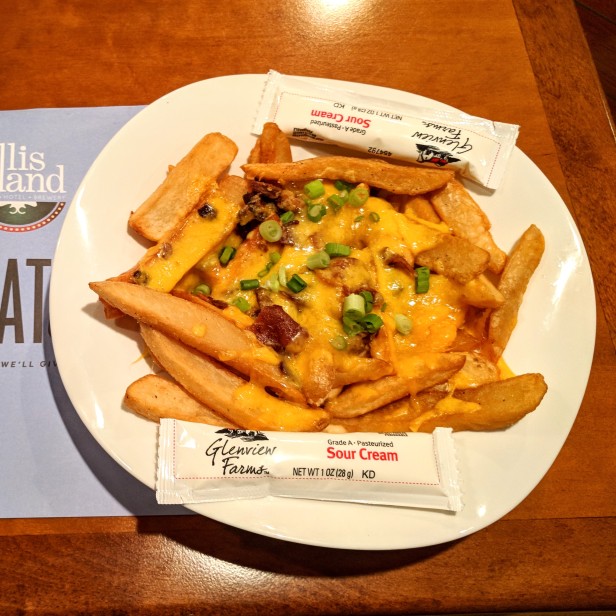 First off, I’ve never seen a tube of sour cream before, and I think it’s actually kind of cool that it exists. Second off, this was one of the funniest things that has ever happened to me as a french fry reviewer. I played along and gently squeezed small portions of sour cream out onto individual forkfuls of fries. Sure, I could have just squeezed out the whole tube (or two), but I felt like I was being directed to ration it over the course of the meal. In hindsight, this would actually be a pretty great idea for a to-go order, but you should never order fries for carry-out if you can help it. 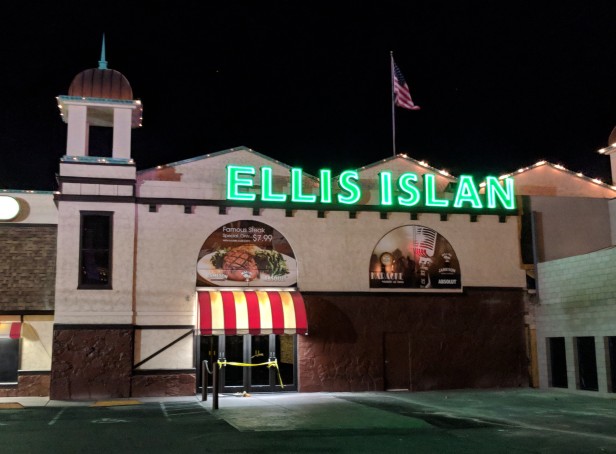 The server was incredibly nice, and I told him that everything was fine. It’s true in a way. The fries were awful, but I enjoyed the experience. He even caught me measuring the fries with calipers and he had to ask, “seriously?” Yeah, seriously.

Has anyone else ever been served a tube of sour cream? I’d love to hear your thoughts. As for my final thoughts, the fries were awful and I’m not going to give them more than a 2 out of 10 on my rating scale. Pretty harsh, but even at $5.99 this was not worth the time.

Catalog: Sampled on 11/28/2017. Purchased in the Village Pub inside of the Ellis Island Casino, Hotel, & Brewery.