For something that used to be the must-order item at every Mariner’s game I attended this was a tough realization. For years and years and years I defended these fries against their many critics. I held the position that these garlic drowned potatoes were bold and unique and somehow iconic of what it meant to watch a game at Safeco Field. Well, I’m over it. 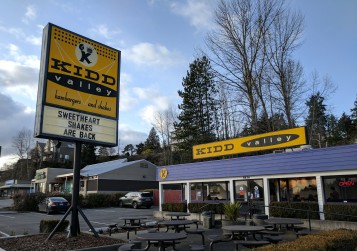 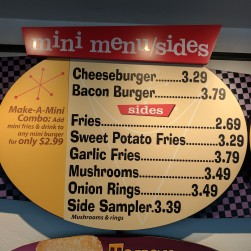 I didn’t buy these fries at Safeco Field. Kidd Valley does have locations within Safeco and Centurylink fields, but they also sell the garlic fries at their other locations around the Seattle area. There are probably some logistical differences between the products in and outside the stadiums but it’s the same concept. Fries buried in minced garlic and a bit of parsley.

This particular batch of garlic fries were somehow almost flavorless. How is that even possible when half of the weight of the order is minced garlic? I suspect that the garlic was not very high quality, or not fresh. It was the sepia version of an otherwise bold ingredient. To make matters worse the fries were almost completely unseasoned on their own. I poured some salt from a packet over the second half of my order which made it more palatable but they were still overwhelmingly underwhelming. 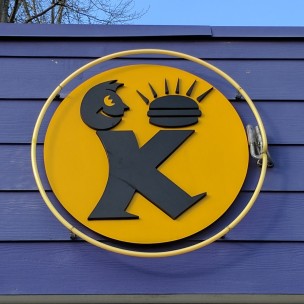 I finished my order, but there was no joy in it. The fries were also soggy in addition to being flavorless. Even worse, while the garlic had no discernible flavor at the time of consumption it still produced the social consequence of fresh garlic. My wife said that my body was oozing garlic odor from every pore.

Kidd Valley is a great burger joint and the shakes are especially noteworthy. The garlic fries are sub-par. Don’t hesitate to give them your business but don’t punish your loved ones by eating these fries; it’s not worth it. As boring as they were, they weren’t offensive, and I gave them a 5.9 out of 10.

That rating may have received a bump due to the delicious peanut butter shake I stole from my kids (dad tax at its finest). Without that modifier they might have been a 5, or even a 4 on my rating scale. My wife’s fried mushroom caps were great, the onion rings looked good, the burgers smelled awesome…but these were objectively poor.

I might continue to try other garlic fries in the future, and if I do you’ll find those reviews by clicking here.

Catalog:
Sampled in February 2017 at the Kidd Valley in Kenmore, Washington.